By Greenland Enterprises August 27, 2021 No Comments

A Greenland Enterprises project at NC State University has been named one of the year’s best projects by Engineering News-Record. The project was recognized from more than 95 submitted, garnering top honors in the Energy/Industrial category for the Southeast Region. The honorees are chosen by an independent panel of judges. 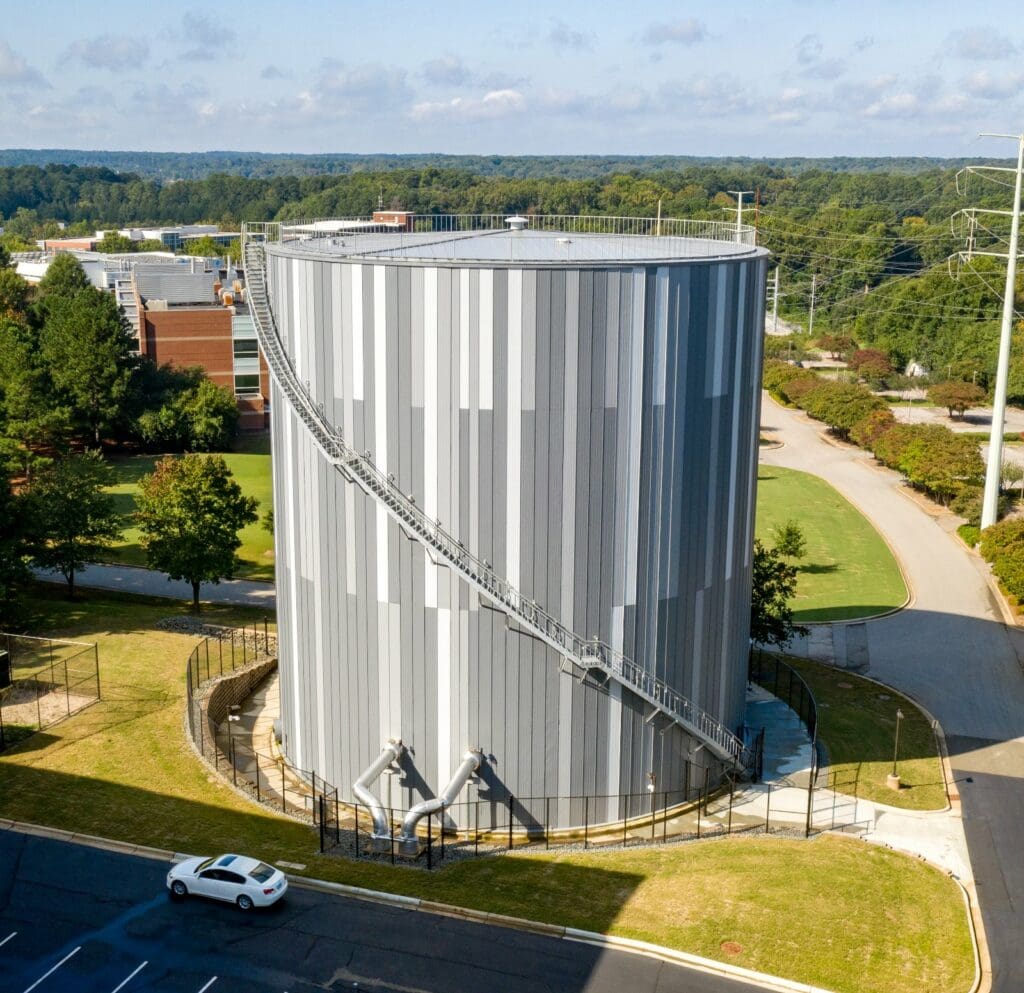 The Greenland project involved building a 3.5-million-gallon chilled water thermal energy storage tank that is 85 feet tall and 82 feet in diameter adjacent to the Centennial Campus Central Utility Plant. The storage system works similar to a battery, but using chilled water instead of electrical energy. Water stored in the tank is distributed during periods of high cooling demand and the system is “charged” during off-peak periods to reduce overall power demands.

The first six months of operating data indicate a predicted annual savings of at least $300,000 in energy costs by shifting energy use from peak to off-peak hours.

“This was a challenging project, given the location between existing structures, roads and power lines,” said Greenland President Steve Seckler. “There was limited access to the site, requiring a steady stream of just-in-time construction activities, along with tremendous coordination with the university.”

Projects were evaluated on criteria including overcoming challenges, teamwork, safety, innovation, contribution to the industry, construction quality and craftsmanship, and the function and aesthetic quality of the design.

“Everyone who has seen the TES has commented on the design,” added Seckler. “It’s not a typical water tank, and it’s not the typical solution to expanding the capacity of a central energy plant. That’s why we’re so proud of it, the Greenland team and our project partners who created it.”

In addition to coverage in ENR magazine and online, Greenland will be additionally recognized during an annual awards luncheon in November.

Let's Talk About Your Project